What! Kriti Sanon Got Married Secretly? Fans Are Shocked To See Her Viral Photos In Red Bridal Lehenga

Actress Kriti Sanon, who made her Bollywood debut with the film Heropanti, is in the news these days for her film ‘Mimi’. However, now fans are shocked to see Kriti, who has ruled millions of hearts with her beauty and her performance, in a heavy red bridal lehenga. Some pictures of Kriti in the red bridal lehenga are becoming very viral on social media. Seeing these pictures, people have been wondering whether Kriti has got married or what? 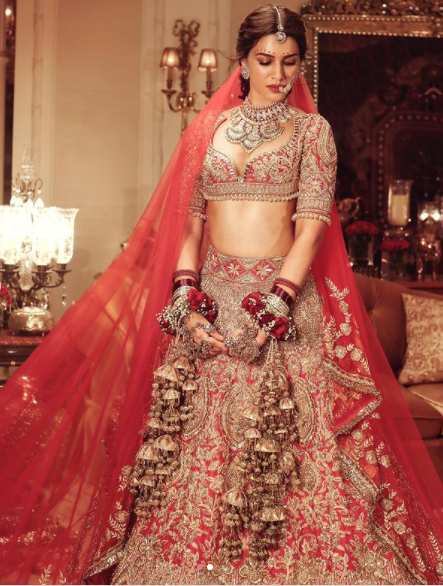 Actually, Kriti has shared some of her pictures from her official Instagram handle, in which she was in the avatar of a bride. Wearing a heavy red colored lehenga, Kriti Sanon has enhanced her beauty by wearing maang tika, nathiya, and a heavy necklace around her neck with beautiful kalirey in her wrists. Kriti looks like a nymph in these photos, adorned from top to bottom. Everyone is reacting to this beautiful bridal look of Kriti. These pictures are not of Kriti’s wedding but of Manish Malhotra’s fashion photoshoot. This lehenga has been designed by Bollywood’s famous fashion designer Manish Malhotra. 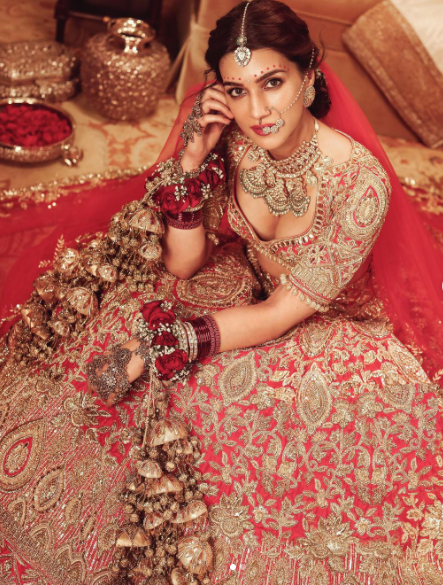 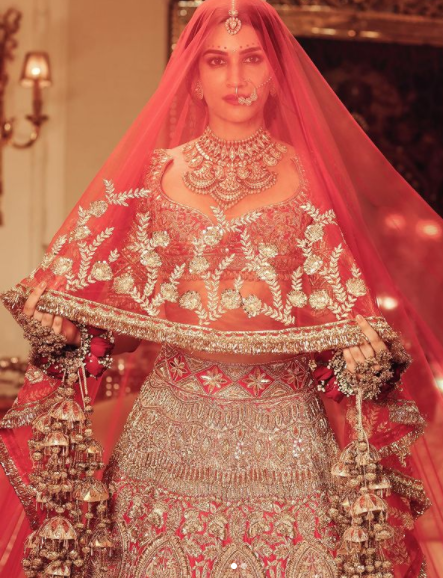 Bollywood celebrities have also showered a lot of love on the pictures of Kriti, who became a bride. Let us inform you that Kriti has acted in many films like Dilwale, Bareilly Ki Barfi, Mimi, Raabta, Luka Chhupi.