Why Is Chunky Pandey Was Very Upset And Disturbed Due To Ananya Pandey? Read Below To Know

In 2019, Ananya Pandey made her acting debut in Karan Johar’s ‘Student Of The Year 2’. Since then Ananya has acted in films such as ‘Pati Patni Or Woh’ etc. Trolling and abuse on social media can hurt one’s mental health. Many celebrities frequently discuss how draining it is to be subjected to online abuse. Ananya Pandey is another celebrity who has been victimized by online harassment.

While speaking to TOI, Chunky said, “Initially it was very upsetting and disturbing for all of us. But then I said, listen, girl, this is an app. It’s not a human being. Why are you having so many emotions? I mean, I know it’s a lot of people on it, but in the end, you can delete it anytime, you can go back to it anytime. So treat it that way, you know, but of course, it is disturbing for a parent or a person to read all these kinds of things.” 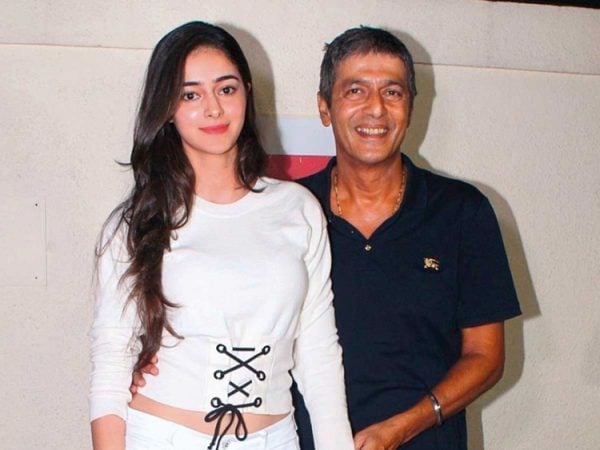 Chunky Pandey said it was very disturbing for all of us

He further added that he knows it is nothing personal, only business, and it is going to be there forever, as no one can save himself/herself from trolling.

Ananya’s father, actor Chunky Pandey, conveyed his feelings over the situation to ETimes. He said, “Well, I told her very important is don’t imitate anyone else’s success story because it’s not going to work for you, carve out your own success story. And never underestimate or overestimate anyone. This is very important in our industry, especially. Because if someone has made a hit with someone else, the person doesn’t need to deliver a hit with you. So, don’t chase the wrong person all the time, let things come to you. I mean, of course, go out and try and get them, but understand. Don’t calculate too much; so much calculation is not good, but just understand it and you should feel happy doing it and it’ll work for you.”

Boasting about Ananya’s initiative to spread positivity, Chunky said, “So, Ananya has started an initiative called so positive, to help kids to cope with it because there are a lot of young kids there who get trolled. It is not unique to my family or the film families, everyone gets trolled.”

Comparing his days to today’s scenario, Chunky said, “In our days we never had anything like this. I mean, there was no social media. There were no mobile phones with cameras. We could get away with murder (laughs), not literally, but as good as murder.”