TV actor Abhishek Malik, who rose to fame after playing pivotal roles in hit TV shows like Kaisi Yeh Yaariyan and Yeh Hai Mohabbatein has got married in a huge ceremony in Delhi. He found love out of his industry. Malik has married fashion stylist Suhani Chaudhary. The handsome actor has shared glimpses of his wedding, and pre-wedding ceremonies on his Instagram handle.

For the wedding, the couple chose to wear light-colored matching attires. Groom, Abhishek wore a sherwani, and bride, Suhani donned a heavy lehenga with a full-sleeved blouse. 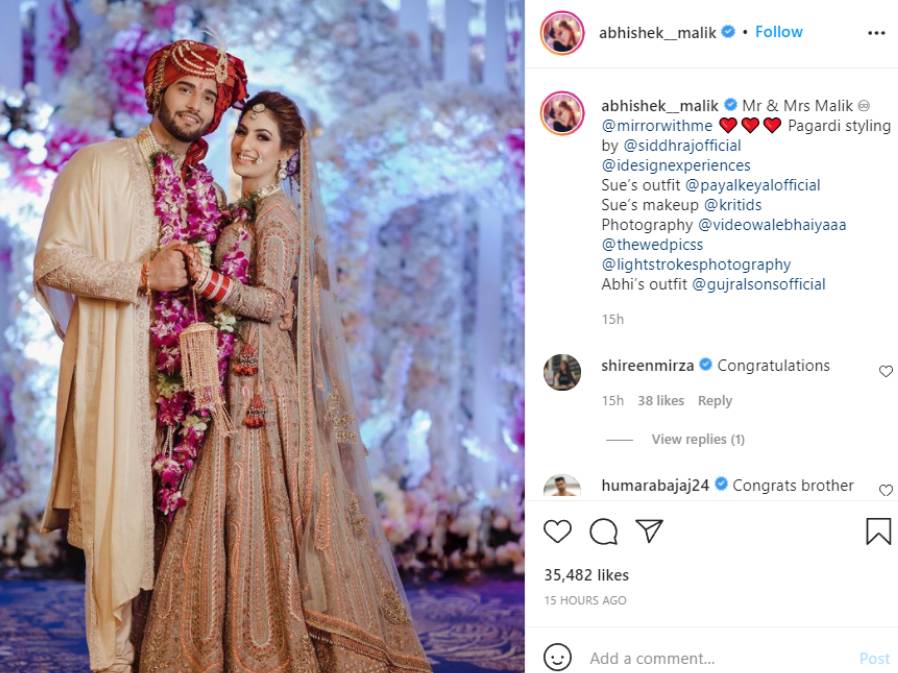 Abhishek’s better half, Suhani also shared the same pictures on her account.

Earlier, the actor also shared pictures from their engagement ceremony. In the Roka pictures, Abhishek was seen wearing a crisp suit and Suhani opted to wear a pink gown. One of the pictures of the adorable couple showed them kissing each other while posing for the camera. 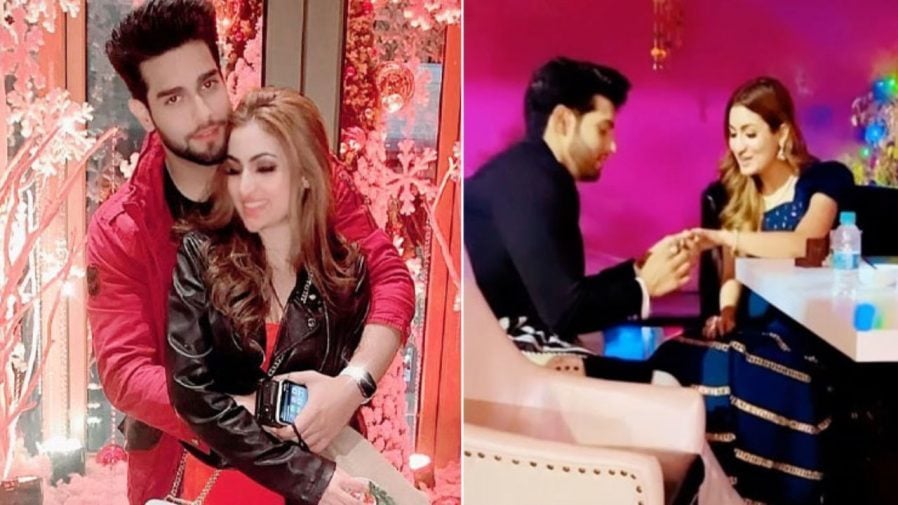 According to the reports, Abhishek and Suhani knew each other for a long time. The duo confessed their feelings for each other during the lockdown. And after dating for a short period, the two decided to get hitched.

In the past, Abhishek Malik had talked about Suhani with a leading daily, and said, “I met Suhani through a friend and we would talk to each other. I have known her for a long time but due to us being in Delhi and Mumbai, we wouldn’t meet that much. During the lockdown, I went home and we met a few times. We vibed well. In December 2019, we spent good times and celebrated New Year together.”

We wish the newly married couple a happy and blissful life ahead.