A few days back we heard that production giant Yash Raj Films has linked a six-film deal with Amazon Prime Video. And now reports are suggesting that great producer Sajid Nadiadwala has signed a mega-deal with the OTT platform. The five movies that are a part of this agreement have been sold for around Rs. 250 crore, added the reports. Portals have said that Akshay Kumar’s Bacchan Pandey, Tiger Shroff’s Heropanti 2, and Satyanarayan Ki Katha featuring Kartik Aryan are a part of this deal. The other two are Salman Khan’s Kabhi Eid Kabhi Diwali and Kick 2. These surprise entries have caught every one’s attention because the films haven’t even started production. Also, Nadiadwala backed Tadap will also hit Prime after its theatrical run.

Tadap is not a part of the five-film deal and will be shown on OTT a month after its theatrical run.It marks the Bollywood debut of Sunil Shetty’s son, Ahan Shetty. Tara Sutaria is the female lead.The romantic drama, directed by Milan Luthria, is a remake of the Telugu film, RX 100.It arrives in theaters on December 3. 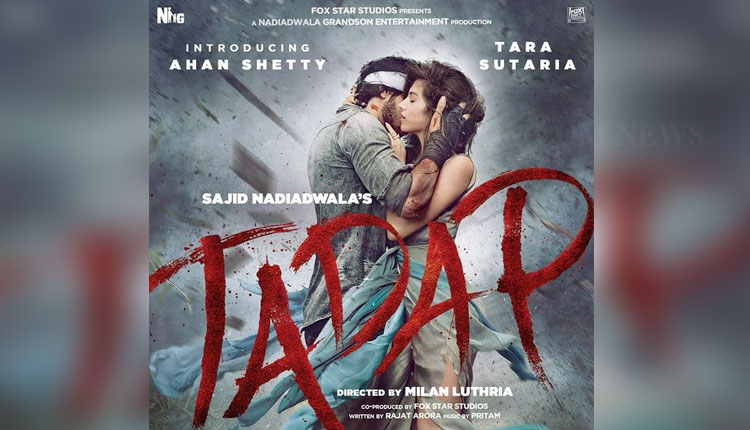 Talking about Kick 2 being a part of the agreement, a source said, “Sajid is very keen to make Kick 2 with Salman and has been working on the script for a while now.” He is sure that the film will be made and hence, included it in the contract. Of the entire slate, he has fetched the maximum amount for Kick 2.” Kick 2 is shrouded in mystery but what we know is that Khan will be reprising his role of Devil and that he has “loved” the idea Nadiadwala has pitched to him.