Shaadi season is all set to bang this year, marriage is the dream of every individual. The lead actress of the event “Bride” makes all the effort to grab the attention of the Groom as well as the guests. If you’re are a would-be bride then don’t miss the bridal look of versatile actress Hina Khan. Look at the photos. 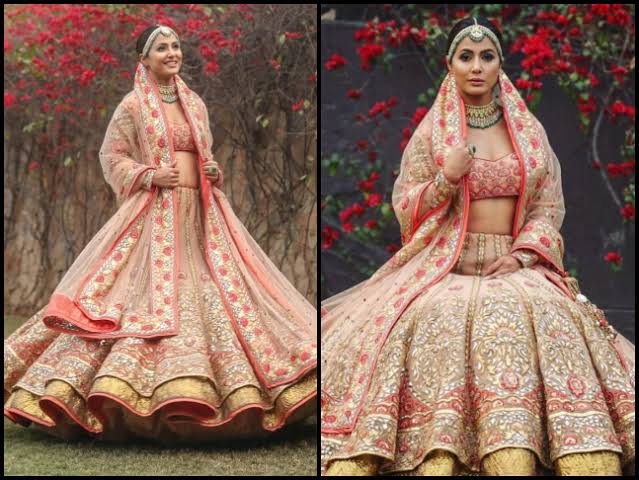 Hina Khan is a well-known name in the television industry. Thus, no need for any introduction. She worked as Akshara in “Yeh Rishta kya kehlata hai” for more than 8 years and first runner of fear- factor Khatron Ke Khiladi season 8. The ideal Bahu character reached the hearts of millions of viewers and especially the mothers-in-law. Her innocent character grabbed the attention of viewers and was listed in top TRP-gaining shows.

She participated in Bigg boss season 11 as a celebrity. Her enthusiasm towards winning tasks and sharpness rolled her into top TRP makers. With her effective planning and strong willpower to win, the co-contestants called her “Hyena”. She is also considered as the style icon of the house with her hot and bold outfits and looks. In the history of Bigg boss, she is the one who never repeated the outfits even the nightwear or stalls. Her marvelous looks and style don’t match with any co-contestants. She had won many awards for her incredible acting, fashion, and style. 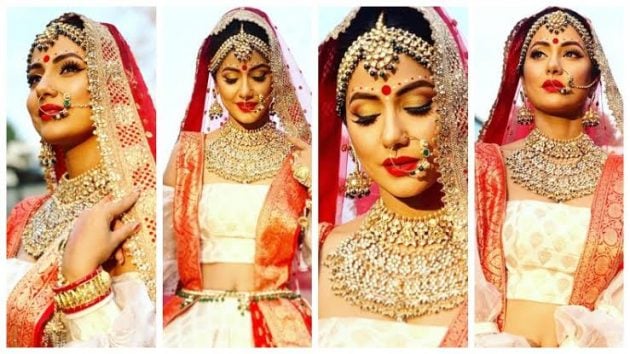 Hina’s bridal look will inspire you to choose your look at your wedding. Hina, style herself with an off-white lehenga along with a red silk saree as a dupatta tucked with a belt. Her heavy neckpiece, earrings, Matha Patti, and antique bangles were used to accessorize her looks. Light make-up with bold red lipstick and bun made her adorable. The off-shoulder blouse also adds a western ingredient to Bengali inspired look. 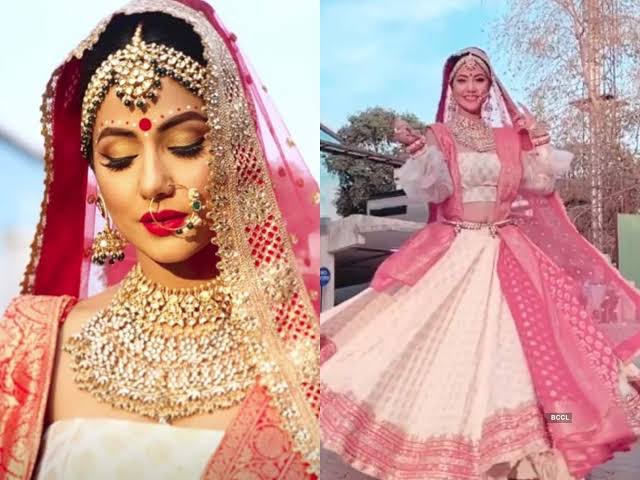 Heena khan has always been in the headlines through her social post on Instagram, her outstanding and beautiful looks have been in trends and praised by millions of fans and followers. Khan’s appearance at Cannes festival 2019 was admirable, her look was none less than any big international celebrity. She is busy with her upcoming projects and will be seen in the song Jhelum.