AR Rahman, the music master, said on Monday that he was honoured at the 43rd Cairo International Film Festival (CIFF) for his contributions to the realm of music.

The internationally recognized composer, who is one of India’s most well-known musicians, is noted for his musical prowess in a variety of cinema genres, including Tamil, Telugu, Malayalam, Hindi, and Hollywood.

Rahman, 54, took to Instagram to inform his fans that he had received the award at the film gala. 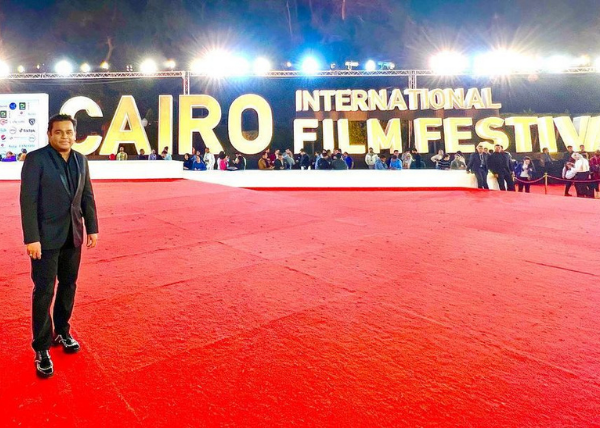 “Thank you @cairofilms #ellapugazumiraivanukke,” he wrote, along with two pictures, one of himself at the festival and the other of the certificate, which read, ‘Special tribute certificate to the Indian composer A R Rahman for his creative contribution that span both cinema and music’.

Rahman has already won six National Film Awards, two Academy Awards, two Grammy Awards, a Golden Globe Award, and a BAFTA Award, among other honours. The Padma Bhushan, India’s third-highest civilian award, was bestowed upon him by the Indian government in 2010. 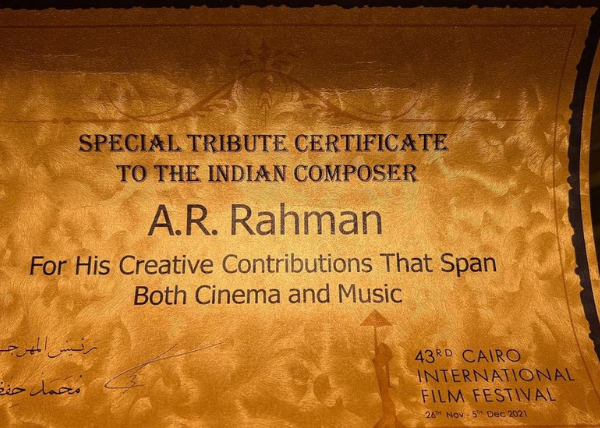 Rahman’s film music career started with Mani Ratnam’s Tamil film Roja, and he went on to score other songs for Tamil and Telugu films after that.

Rangeela, directed by Ram Gopal Varma, was his first step into Bollywood (1995). Some of his most well-known Hindi soundtracks include Guru, Rockstar, Dil Se, Roja, Lagaan, and Raanjhanaa, among many others.

In 2009, Rahman made history by becoming the first Indian to win two Academy Awards in a single night, one for the original score for Danny Boyle’s film Slumdog Millionaire and the other for the massively famous track Jai Ho, which he co-wrote with eminent poet Gulzar. Two years later, for Boyle’s 2011 film 127 Hours, he was nominated for an Oscar in the original score and song categories. 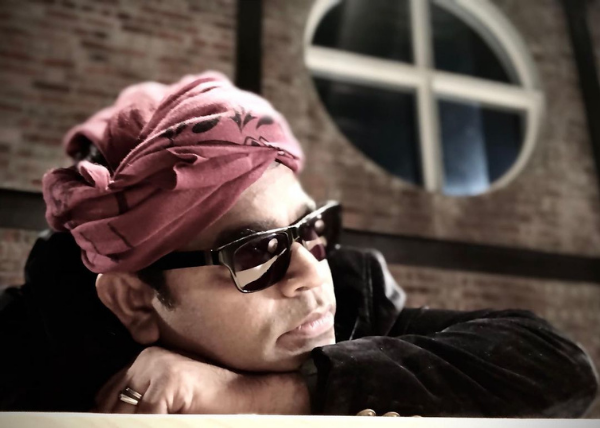 Rahman has also dabbled with filmmaking, starring Lisa Ray, Manisha Koirala, and Aditya Seal in the musical drama 99 Songs. On April 16, this year, it was released in theatres. The CIFF, the Middle East and Africa’s longest-running film festival began on November 26 and will end on December 5th