Television show Bigg boss has always been known for being controversial. Inside the house, it is usual to fight with another contestant. This season has reached the end of the show. The finale is going to happen this weekend. Right now There are Karan Kundra, Shamita Shetty, Nishant Bhatt, Pratik Shehpal, Rashmi Desai, and Tehaswi Prakash in the house. Among them, one of them will be the winner of the Bigg boss trophy season 15.

But at the end of the week, Tejaswi Prakash has done something which is not appreciating the people watching this show. Tejaswi has always been fighting with Shamita Shetty for her insecurity as she loves Karan Kundra and Rakhi Sawant used to tease Shamita and Karan together.

This time Tehaswi has crossed her limit by saying Shamita Shetty “Aunty” and many hurtful things, which is not liked by Shamita’s fans, and after this Bipasha, Basu expressed her displeasure in a tweet. She said, “Age shaming is disgusting. She targeted Tejaswi and said, ” If you are insecure attack your man who makes you feel insecure instead of pulling other women down. 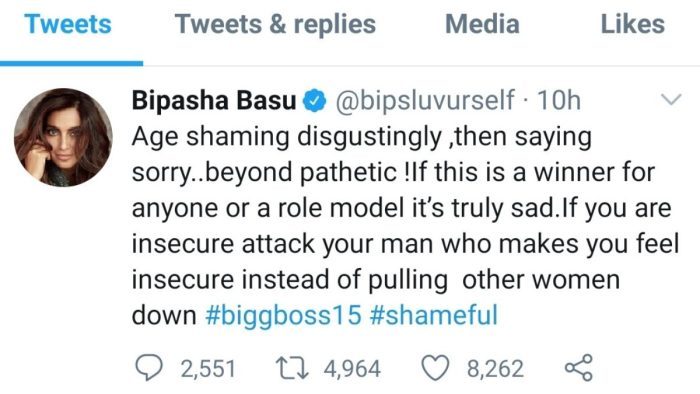 There was a task given to members in which live audiences entered the house for the first time. During the task, Shamita gave a massage to Karan Kundra by sitting on his back while he was lying. It is not liked by Tejaswi and she pulled Shamita down by her leg and also said he is not “Rakesh Bapat”. 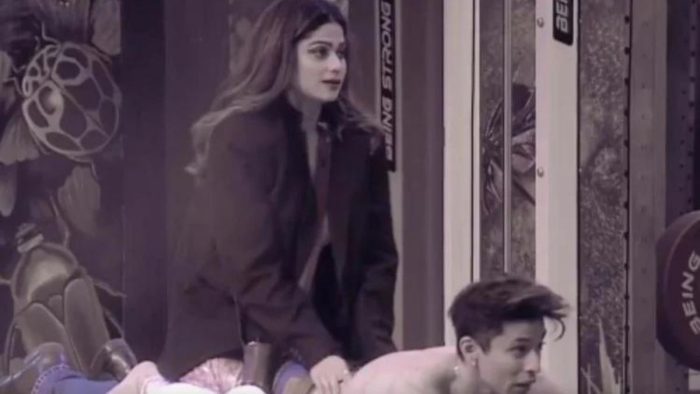 Shamita also gave a message to Pratik on which Tejaswi said “dekho is par bhi chadh gayi Aunty”. On this Shamita Shetty got angry and said Tejaswi don’t cross your limit at least respect the audience. They are watching everything.

During the task, Shamita did not say anything but after the task was over an audience went Shamita’s outburst on Tejashwi and Karan. After that, she was seen crying her heart out.