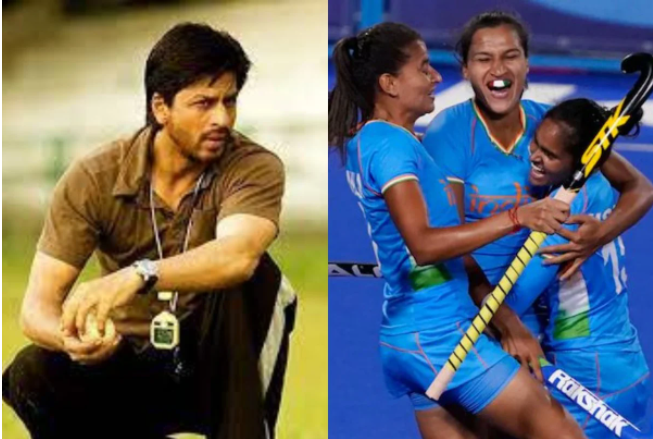 Bollywood’s Badshah Shahrukh Khan, who played the role of coach Kabir Singh in the film ‘Chak De India’ after many stars, also congratulated and encouraged the women’s hockey team by tweeting. Shah Rukh Khan, retweeting coach Sord Marjen’s tweet, wrote, ‘Ha-ha no problem, just bring some gold while coming for one billion members of your family’. 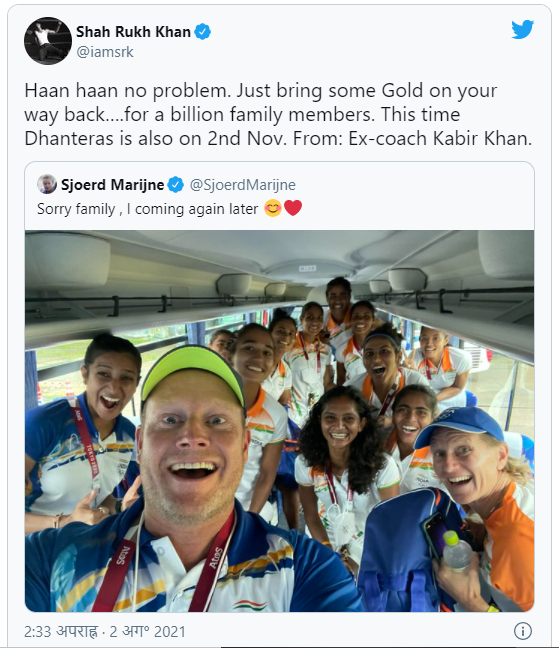 Women’s hockey team coach Sjoerd Marjen shared a picture with the women’s team in which all of them look very happy after their victory. Sharing this selfie, he wrote, ‘Sorry family, I will come later. Many people including Shahrukh commented on this picture of him and congratulated Team India. Let us tell you that people are comparing Chak De India because in the film also Team India defeated Australia in some way.