Vaani wore a white shirt and black leather pants. She opted for a black shirt belt to complete her look. The actress kept her hair loose and makeup minimal for the event. At the same time, Ayushmann looked dapper in a neon color jacket. He wore an all-black t-shirt and cargo and carried a neon jacket on top of it. The Vicky Donor actor rounded off his look with stunning glasses. Coming back to the much-awaited film Chandigarh Kare Aashiqui is helmed by filmmaker Abhishek Kapoor. This is going to be the first time the two actors will be seen sharing the same screen space. Vaani Kapoor will be seen essaying a role of a trans woman in the movie Chandigarh Kare Aashiqui is all set to be released on the 10th of December.

This week, a new number ‘Maafi’ from the album of the film was released. Sharing the song on his social media handle, Ayushmann wrote, “Nothing breaks like the (heart) #Maafi song out now.”  As soon as he dropped the video, fans and friends showered it with likes and compliments. Abhishek Kapoor directorial Chandigarh Kare Aashiqui is backed by Bhushan Kumar, Pragya Kapoor. 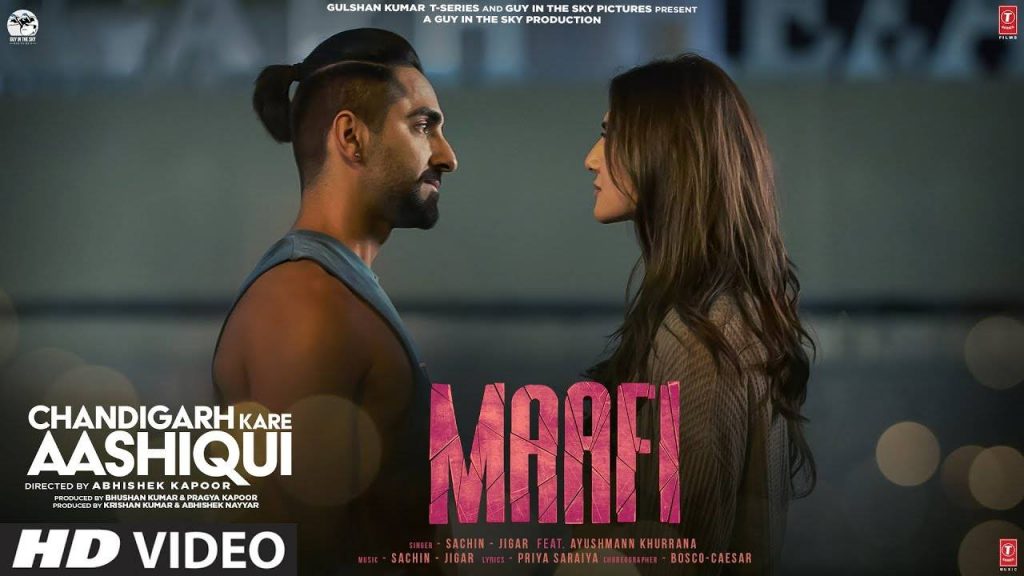 Vaani and Ayushmann have begun the promotional activities for Chandigarh Kare Aashiqui in full vigor. The fans received the much-anticipated trailer of the film this Monday, just a few hours after the poster was unveiled on social media. The three-minute and thirteen-second trailer reveal that Ayushmann will portray a ‘gym guy,’ Manu. On the other hand, Vaani will portray Maanvi, a Zumba instructor. While they develop a deep connection, Manu is taken aback when Maanvi reveals herself to be a trans woman.