Padma Bhushan Javed Akhtar is a well-known writer, veteran lyricist, and best screenplay writer of Hindi cinema. He has contributed a lot in giving a new and easy look to the Ghazals. Javed Akhtar, who gave many super hit films like ‘Sholay’ and ‘Zanjeer’ to Bollywood, is celebrating his birthday today. His fans and close ones are wishing him a happy birthday on social media. His son Farhan Akhtar also especially wished the father his birthday on social media. 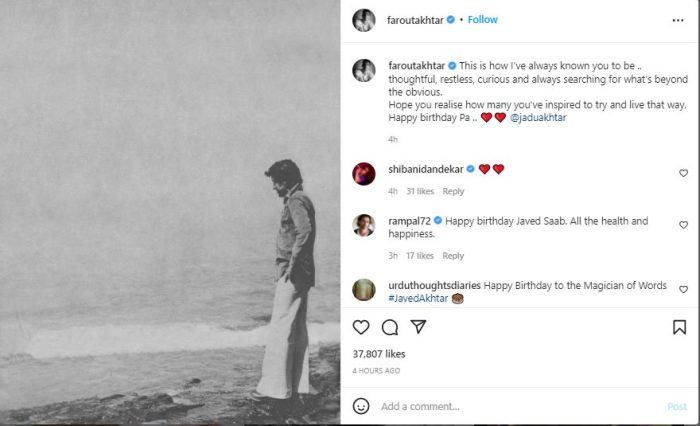 Actor Farhan Akhtar has posted a black and white throwback picture of his father on his official Instagram account. The picture is from the time when Javed Akhtar was young. In the picture, Javed Akhtar is standing on the beach and watching the waves coming. Farhan has also written a heart-touching note along with the picture in the post. Farhan wrote, ‘I’ve always known you like this. Thoughtful, restless, curious and always looking beyond the obvious. I hope you realize how many people you have inspired to try and live like this. Happy Birthday, Pa…’ Along with this, he has also tagged Javed Akhtar while making a heart emoji. Fans are constantly reacting to this post of Farhan. 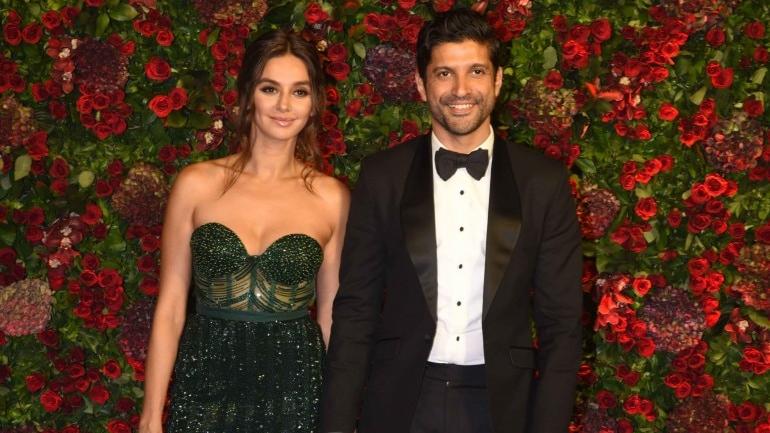 Let us tell you, Farhan Akhtar is in the news these days about his personal life. There is constant speculation about the marriage of Farhan Akhtar and actress Shibani Dandekar. It is being claimed by quoting media reports that after being together for almost four years, now both have decided to take their relationship to the next stage and are going to have a registered marriage on February 21. 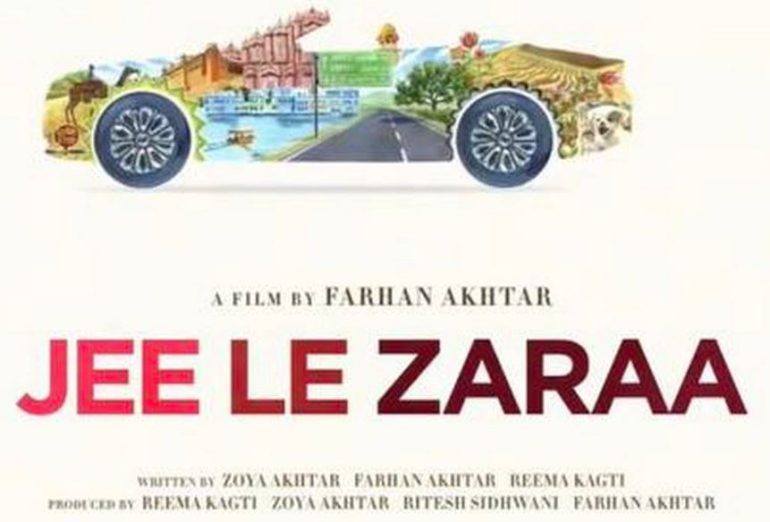 Talking about Farhan Akhtar’s work front, he is going to direct the film ‘Jee Le Zaraa’. Katrina Kaif, Priyanka Chopra, and Alia Bhatt are going to be seen in the lead roles in this film. On the other hand, when it comes to Farhan’s acting, he was last seen working in the film Toofan. The film was released on the OTT platform Amazon Prime Video but the film flopped.