Here’s What Astrologers Have To Say On Ranbir And Alia’s Marriage- Read On!

Ranbir Kapoor and Alia Bhatt make for one of the most adored couples in Bollywood. The two are dating each other for a while now. According to rumors, the duo was to tie know last year only but due to pandemic, it kept on delaying. As soon as the Covid cases settled down, the speculation on Ralia’s marriage started doing the rounds again.

A few days back, the two hit the headlines after they were spotted at the Jodhpur airport together. Let us tell you this is not the couple’s first trip to Rajasthan. At the start of 2021, Alia and Ranbir, with their respective families were spotted at Ranthambore. Some sources claimed the love birds of Bollywood have gone to the city of palaces to zero in their wedding venue but according to the latest reports, both Ranbir and Alia wanted to take a short holiday and this once is just that. 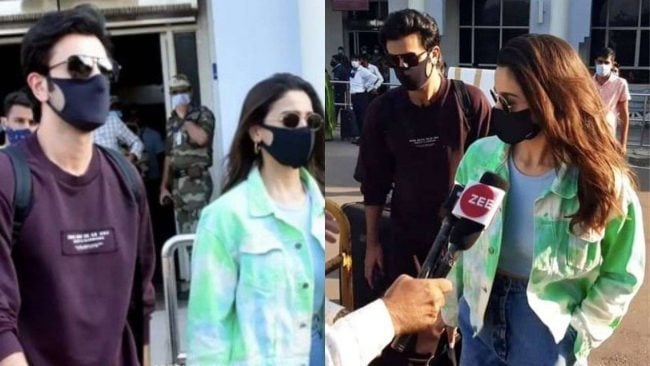 The insider told Pinkvilla, “They will be in Rajasthan for about three days, before returning to the bay on Thursday. The Jodhpur holiday was a last-minute plan. While they have been wanting to take a vacation, they were also busy completing their respective projects. But they recently worked out their dates in a way, so that they can spend some time together on Ranbir’s 39th birthday. No family member or friend will be joining them this time, and they are not there to scout for their wedding locations.”

Nandita Das: `As A Student It Is A Happy Moment`.

Here’s how Alia wished Ranbir on his birthday: 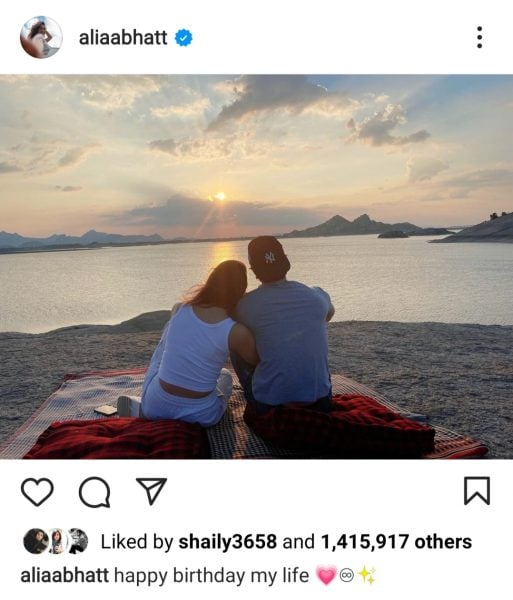 Ranbir and Alia’s relationship is making a lot of noise at present and now, Pandit Jagannath Guruji, who has more than 20 years of expertise in astrology, has given some insight into Alia and Ranbir’s relationship by face and Astro reading. He has said that Alia Bhatt and Ranbir Kapoor are destined to get married. He has also added, “They (Alia Bhatt and Ranbir Kapoor ) will be one of the powerful B-town couples. The relationship that they are in will be a fruitful one. Had Ranbir’s father Rishi Kapoor been alive, the actors would have tied the knot in 2020, but considering the prevailing scenario, they are most likely to get married in 2021.”

Alia and Ranbir’s dating rumors first came out in public in 2019. Later, Alia was also seen supporting Late Rishi Kapoor and Neetu Kapoor in New York City for cancer treatment. Alia also stood beside Ranbir and Neetu when actor Rishi Kapoor passed away last year after a two-year battle with cancer. She was seen consoling a sobbing Neetu after the last rites.

Last year, in a conversation with former journalist Rajeev Masand, Ranbir revealed that marriage is one thing he wants to tick off from his life goals soon. He quoted, “It would have already been sealed if the pandemic hadn’t hit our lives. But I don’t want to jinx it by saying anything. I want to tick mark that goal soon in my life.”

For the unversed, Ranbir and Alia fell in love while shooting for their film Brahmastra. The two are often seen partying with each other’s families too. Talking about their professional life, both Kapoor and Bhatt have an extremely interesting lineup of projects.The two will be seen in Ayan Mukerji’s Brahmastra. Ranbir’s other upcoming projects include Shamshera and Luv Ranjan’s next with Shraddha Kapoor. On the other hand, Alia will be next seen in Gangubai Kathiawadi, RRR, and Rocky Aur Rani Ki Prem Kahani.