Nach Baliye 9 showcases the chemistry that ex-couples share with each other. It would show how good ex-flames dance with each other. One such ex-Jodi was Vishal Aditya Singh and Madhurima Tuli. The two had broken up but reunited for the dance performance. The ex-couple is making it to the headlines almost every day. Although now, the couple has been eliminated, here is what Madhurima has to say about it.

How are you feeling after your eviction from Nach Baliye 9? Hope you’re okay…
I am okay.

Was the show a learning experience?
Yes, in two ways at least.

Which are?
One, never give up. Keep striving.
Two, never get back with your ex in any manner. It doesn’t work out. It only aggravates your earlier differences and animosity. 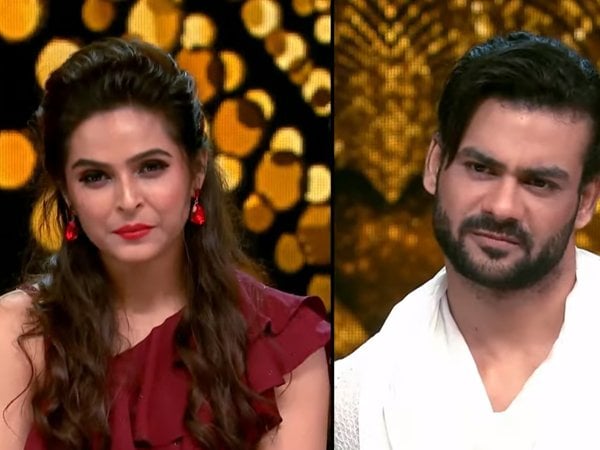 What if you bump into Vishal Aditya Singh somewhere? What if? I mean, will you talk to him?
Do you think I should, after all that happened on the show? No, I won’t. I won’t even greet him if I bumped into him anywhere in my life hereafter.

It became so bad, right?
Yeah, it did.
I tried my best to be at my best with him on the show. Honestly, I just lost it in the end. I couldn’t take his attitude anymore. I just lost my patience and burst out. He had insulted me so often but nobody made a big deal about that.

You slapped him?
I slapped him when he pushed me. I had abused him, but he could have abused me back. He had no right to push me. I couldn’t take his frequent aggression, I felt it was high time I countered it. And I did just that. How did he react to the slap?
He didn’t realise for 5 minutes that I had slapped him.

Did you feel at any stage with his aggression that your dignity was being hit?
Yeah, but I think I dealt with it very nicely even though he was blabbering almost all the time. And then, I lost it in the end.

Did Vishal and you part from NB 9 with a nice goodbye?
I tried to hug him but again he pushed me. I sort of wanted to say that let’s keep the show memories behind us, but I guess he didn’t feel the same way.

Roller coaster ride? Shouldn’t you rather say that it was a bumpy ride?
Well, weren’t there ups and down constantly? I enjoyed it and had a breakdown as well. Enjoyed it for the response I got. 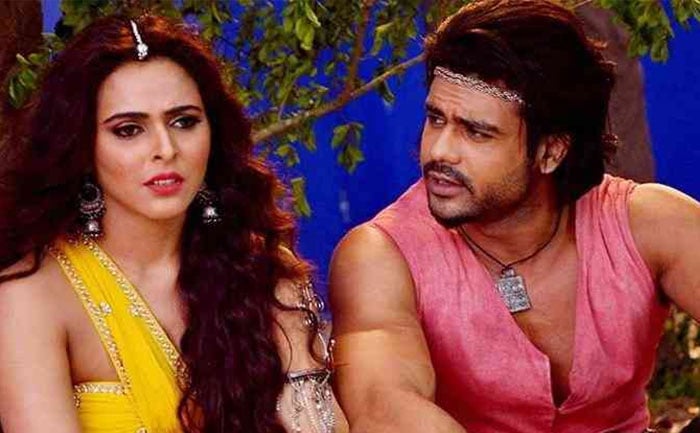 Would you go back to NB 9 if offered on a Wild Card?
Can’t say. Dunno. Let the offer first come.

Were Vishal and you asked to enact as per a script? Were you guys asked to do drama?
Nope. Aisa kyun bolenge?

Shows are scripted, it’s nothing new…
Hmmm… if they are setting us up on a date, that’s called scripted. But they can’t tell us how to behave on that date.

Did they set you guys up for a fight?
No. It just happened and turned out to be ugly. So, even they too realised that it was a bad idea to send them on a date. Aisa kuch hua hai.

And all this backfired. The show has not been in the Top 10 list for the last 4 weeks. Mind you, it has come after 3 years! Isn’t NB 9 clearly not happening, atleast until now?
I don’t know. I can’t comment on that. But I am getting several messages praising me for my performance.