Malaika-Arjun Goes On A Lunch Date Amid Rumors Of Breakup, See Video

Bollywood actor Arjun Kapoor and actress Malaika Arora are once again in the discussion about their relationship. A few days back, there was a rumour in the media that both of them have broken up. However, the rumours were put to an end after Arjun Kapoor’s social media post. The couple is once again seen going out for a lunch date. A video of both going out on a lunch date is also becoming increasingly viral. Celebrity photographer Viral Bhayani has shared this video of Arjun Kapoor and Malaika Arora on his official Instagram account. In the video, the star couple is seen going on a lunch date together.

In the video, Malaika Arora is seen in a white colour one-piece dress along with black boots. At the same time, following the COVID guidelines, she is wearing a mask too. The video shows Malaika going to sit in the car while Arjun Kapoor is already seen sitting in the car. The fans are fond of this video and fiercely comment on this. Let us tell you that the rumours of Malaika Arora and Arjun Kapoor’s breakup rocked social media a few days back. However, later in the evening, Arjun Kapoor shared a picture of himself with Malaika Arora, and he denied the rumours. 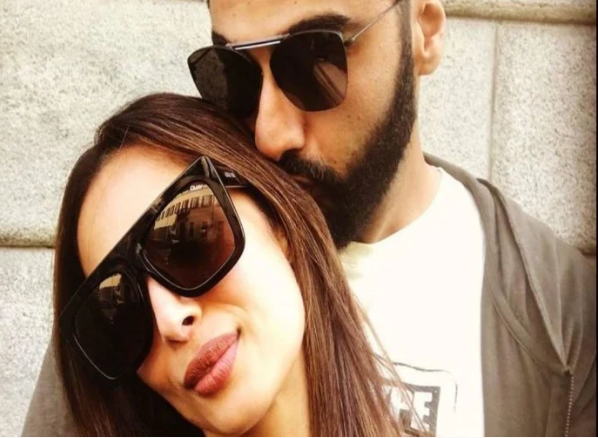 Arjun had earlier shared a monotone photo of himself and Malaika amidst the breakup news. Even he gave a befitting reply to those spreading rumours. The caption of the picture read, “There is no place for shady rumours. Be safe and take care of yourself Love you all.” Many B-town celebs gave their reaction to this post.