Neha Dhupia is a well-known Bollywood actress who has a huge social media following. She gave birth to her second kid, a son, last year, making her a mother of two. 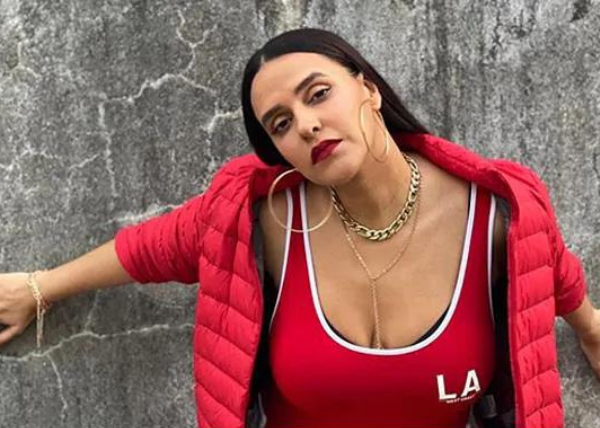 Neha is all about her children, and we adore her for it. She is always thrilled to post about her kids on Instagram and digitally chronicle their childhood, whether it’s Mehr or her newborn son. The actress is frequently seen posting photos and videos of her family. Recently, she shared a selfie with her son Guriq Singh Bedi on Instagram today, and it will warm your heart. The sweet photo of a woman and her son was taken at sunset on a beach.

In the photograph, she is seen holding and kissing her son Guriq Dhupia Bedi in her arms, surrounded by beach and water. She wrote, “The rising son!,” tagging her kid’s Instagram name and adding a sun emoji. Neha is dressed in a black long gown, while her son Guriq is dressed in a multi-coloured t-shirt and gazing at the sunset. Both mother and son are enjoying some alone time. In the comments section, Saba Pataudi used three heart emojis.

In a recent Instagram post, Neha Dhupia and Angad Bedi revealed the name of their kid. The pair was seen in the pool with their daughter, Mehr, as well as Guriq.

Angad Bedi is seen playing with his son in a Reels posted by Neha Dhupia. On the work front, the actress was most recently seen in Priyanka Banerjee’s short film Devi. A Thursday and Sanak are the next two films in which the actress will appear next. 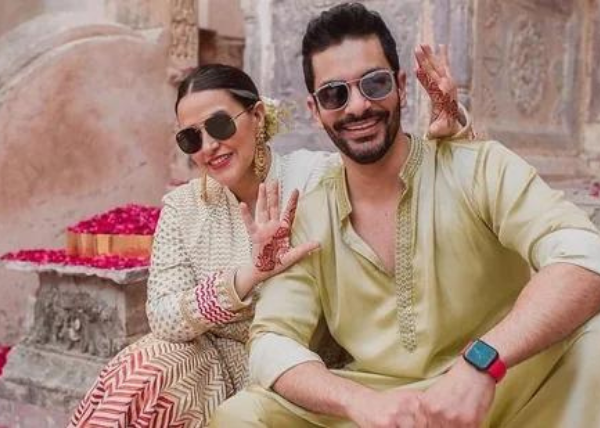 Neha Dhupia recently revealed her and Angad Bedi’s outfits for Vicky Kaushal and Katrina Kaif’s wedding festivities on Instagram. The duo nailed the greatest ‘baraati’ looks in her flashback images. Neha shared two photo series on Instagram, one of which shows her and Angad enjoying the wedding celebrations, and the other of which shows the actress flaunting her Mehendi. 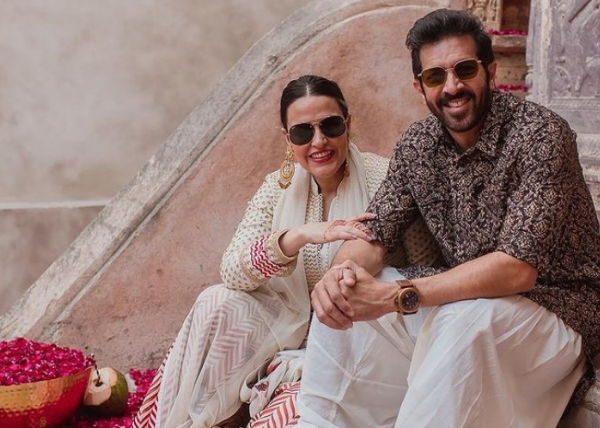 Neha’s bircher muesli breakfast was also included in the photos, as was filmmaker Kabir Khan. For the wedding festivities, Neha Dhupia wore an embroidered Anarkali outfit by designer Rohit Bal. Her ‘baraati’ ensemble includes an off-white Anarkali kurta with varied patterns of dual-toned gold and red designs, an open Mandarin collar, and long sleeves with matching gold and red prints.