Very heartbreaking news came to the fore for Dhanush’s fans today, when Dhanush announced his separation from his wife Aishwarya after 18 years of marriage. Yes, Superstar Dhanush stated on his official social media handle and informed that he and Aishwarya are no longer together. Dhanush married Rajinikanth’s daughter Aishwarya 18 years ago. 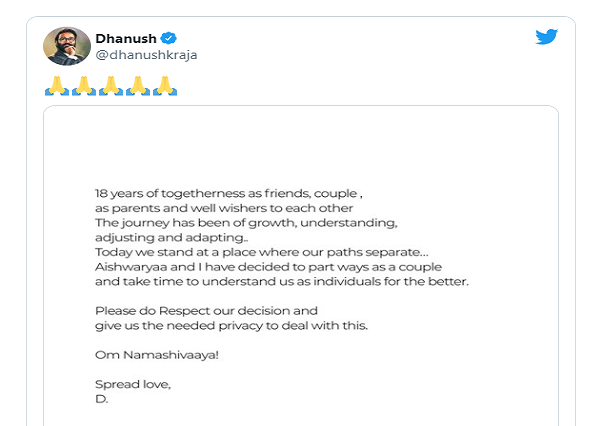 Dhanush married Aishwarya in the year 2004. Dhanush writes in the statement he issued while telling his fans about his separation from his wife- “18 years together as a friend, as a couple and as parents, well-wishers of each other, this journey has grown, understood, adjusted, adapted. Today we stand where our paths diverge… Aishwarya and I have decided to part ways with mutual consent, it took us time to understand that we are better apart. Respect our decision and give us our privacy in dealing with it. Om Namah: Shivaay! Share the love.” 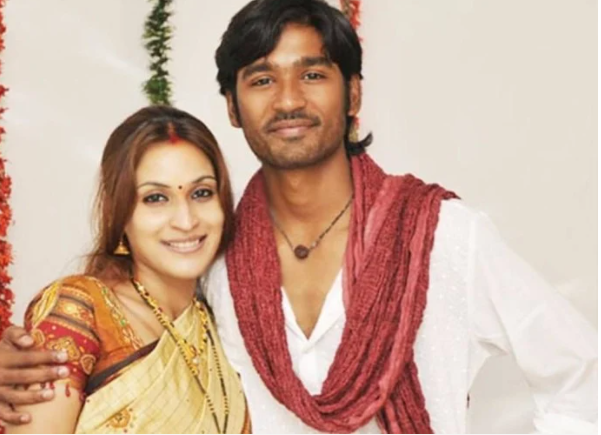 When Aishwarya and Dhanush got married, Dhanush was just 21 years old and Aishwarya was 23 years old. Both were married according to Tamil customs. After marriage, both of them had a grand reception. Both of them had two sons from the marriage, one name is Yatra Raja and the other name is Linga Raja.

However, the reason behind the separation of Dhanush and Aishwarya has not been revealed yet. Apart from this, no official statement is released from Aishwarya’s side, so we are unaware of her side of the story. Talking about Dhanush’s work front he recently worked with Akshay and Sara Ali Khan in Atrangi Re.