“My next story pretty much sums up most of the things I went through during both my pregnancies,” Bebo wrote on her Instagram and asked mothers and expectant mothers to participate in a fun pregnancy bingo. The Angrezi Medium actress listed down her personal experiences and it includes, “peed a lill’ while sneezing”, “dreamt about the baby”, “laughing turned into weeping for no reason”, “picked a name for your baby before the delivery”, and more. She also wrote that she had been given “unsolicited parenting advice”, and that she was “worried about the stretch marks,” and more. 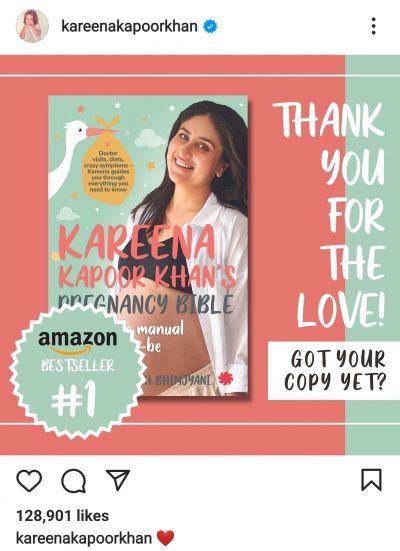 Kareena Kapoor Khan got responses from a lot of individuals such as Karishma Kapoor, Poonam Damania, Amruta Arora, and more. Earlier this month while announcing the book, the actress couldn’t contain her excitement that her book was vetted and approved by FOGSI, India’s official body of gynecologists and obstetricians. While sharing the video of her book, Bebo had said, “In many ways, this book is like my third child….from conception to its birth today.