Wrestler Babita Phogat will also participate in Kangana Ranaut’s reality show ‘Lock Upp’. The names of many members of the show, which will be aired from January 27 on Alt Balaji and MX Player, have been revealed. So far, TV actress Nisha Rawal, stand-up comedian Munawar Faruqui, and model-turned-actress Poonam Pandey have been confirmed to appear on the show. However, suspense remains on the entry of Rakhi Sawant’s husband Ritesh and Bidaai fame Sara Khan. 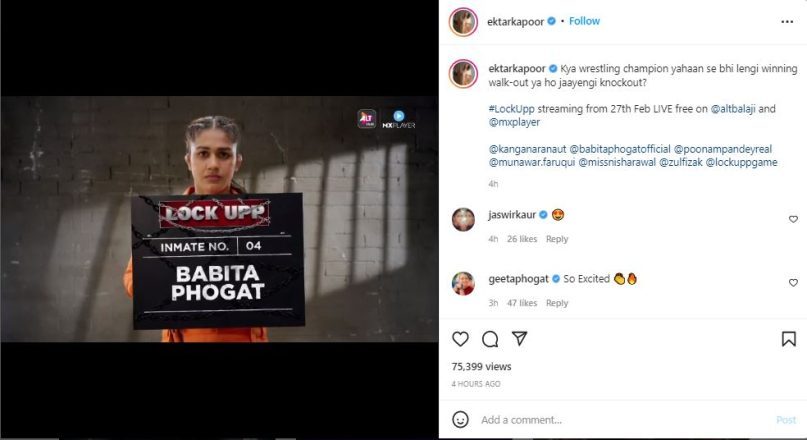 In the promo shared by Ekta Kapoor on Instagram, Babita says, “You all must have seen the film made on me. But now I am coming to do the real riot.  Dangal, directed by Nitesh Tiwari, tells the story of wrestler Mahavir Phogat fighting social oppression and chasing gold medals to make his daughters Geeta Phogat and Babita Phogat world-class wrestlers. Aamir Khan, Fatima Sana Shaikh, and Sanya Malhotra played the lead roles in this film. 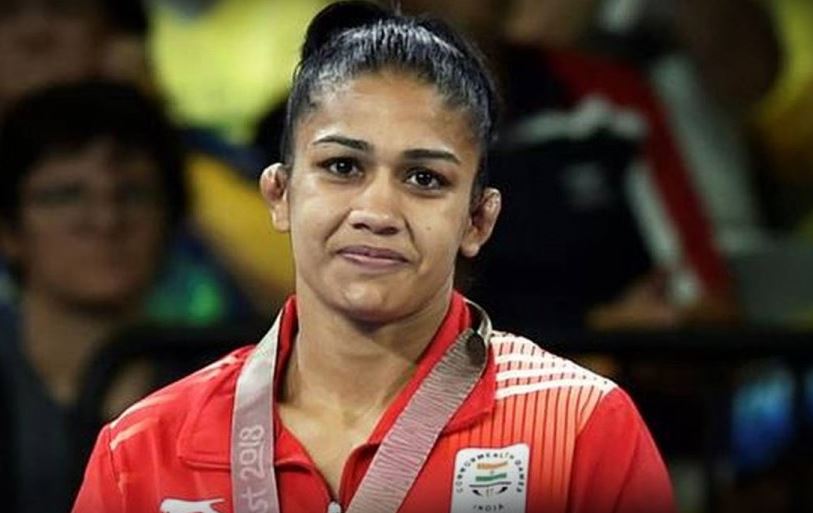 Babita won the gold medal in the women’s freestyle 55 kg category at the 2014 Commonwealth Games. She made her television debut in 2019 by participating in the dance reality show ‘Nach Baliye 9’ with her husband Vivek Suhag. Now she is going to do her second show ‘Lock Upp’. Babita to be a part of the reality show ‘Lockup’ says, “I am very excited to be on a show like Lockup. I have never done a show which is live 24 hours a day. So I am very happy and excited to be a part of this show. This show will let people know who I am. Earlier audiences knew me from the movie Dangal. The Lock Upp will see 16 celebrities jailed for 72 days, denied access to basic facilities. “You (contestants) have to face your temptations, your demons, your insecurities and uncover your deepest truth,” Kangana said at the launch event of the show.