Abhishek Bachchan Puts Out A Hilarious Meme On ‘No Shave November’, Fan Says “He Is Looking Like A Ball Boy Chelsea”

Abhishek Bachchan is gaining accolades from every corner of the country, courtesy, his transformation for the role of Bob Biswas. His father, the legendary actor Amitabh Bachchan has also heaped praises on him. In an interview, Abhishek has said that he doesn’t want to disappoint his father as he has high expectations from his next project.

Taking to Instagram to share the collage of his two pictures, Abhishek captioned his bearded look from the film Sarkar, ‘Me during No Shave November’ and quipped his clean-shaven look from Bob Biswas’ me on December 1′. 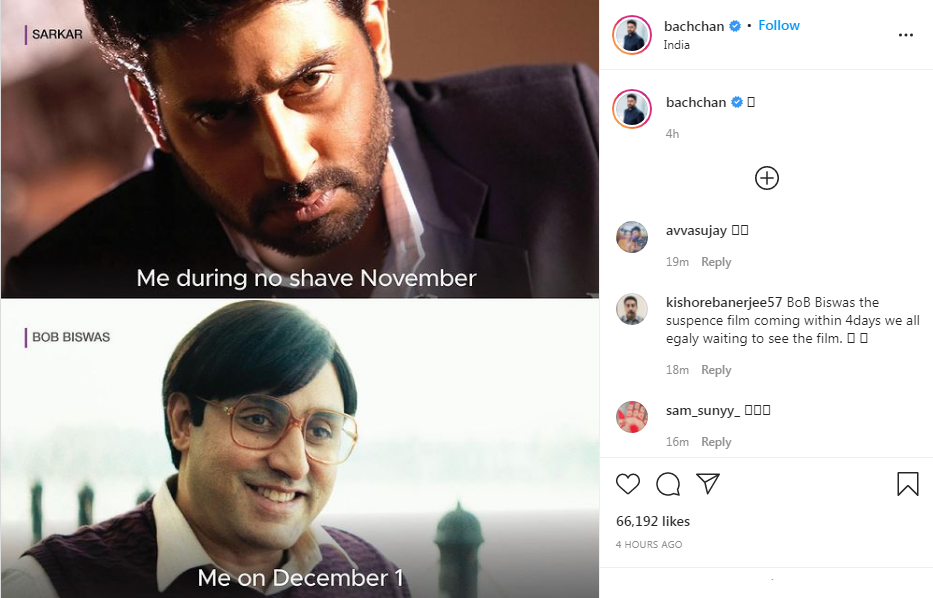 The fans and friends of Abhishek had laughter therapy after his meme post. They were quick to react to the same. His co-star from the previous movie, Sikandar Kher commented, “You posted this one-day early beta bro .. just saying.” His niece and internet sensation, Navya Naveli Nanda dropped laughing emojis in reaction to the post.

Appreciating his beard look in the photo, a fan wrote, “I love your no-shave November forever look.” Another agreed with him, saying, “It’s better to be November than December, as you look fantastic in your beard look.”

One comment compared Abhishek’s look from Bob Biswas with a character from popular daily Taarak Mehta Ka Oolta Chashma. His comment read, “This guy at the bottom looks like he is auditioning for #tarakmehtakaultachashma or a ball boy at #chelsea.” A fan praised Abhishek’s performance in the trailer of Bob Biswas and penned, “Lovely. What a transformation. Not an iota of Abhishek the star but completely into a Bob Biswas persona.” 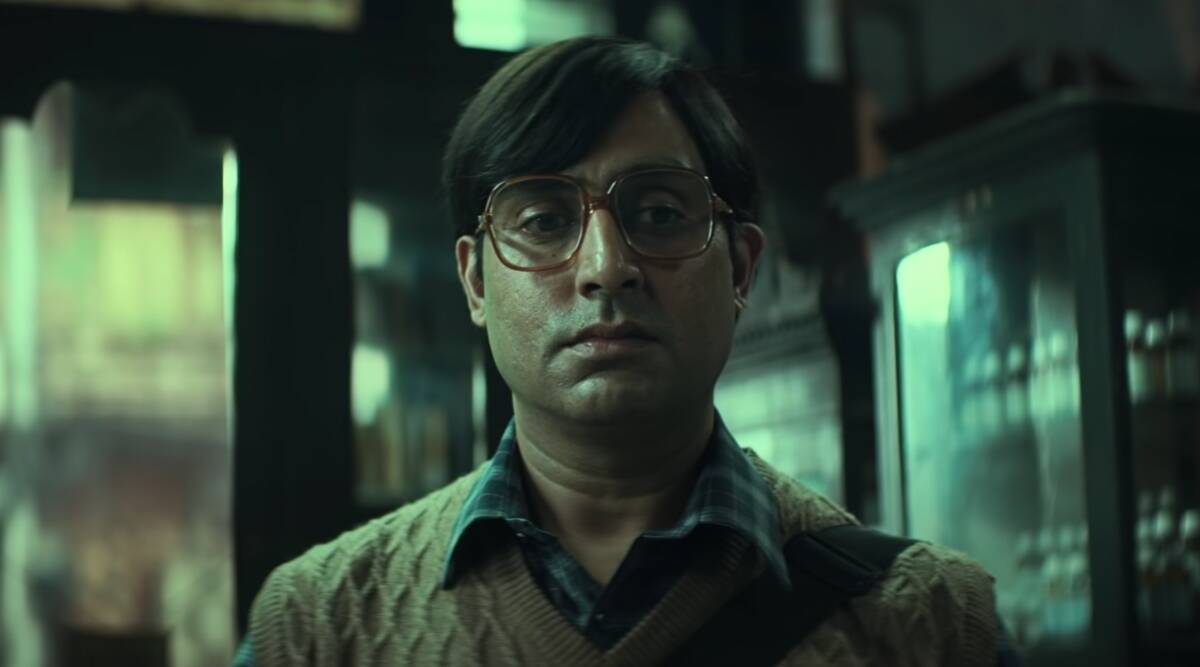 Abhishek’s Bob Biswas has created a lot of buzz on social media. In the film, the actor plays hired assassin Bob Biswas, which is a spin-off of the character introduced in Vidya Balan’s Kahaani. For the role, Abhishek has gained several kilos. Talking about the same, he told a leading daily, “I became between 100-105 kilos during the shoot. And if you see Bob’s face, the face changes when it is round and his cheeks fill up. When you do prosthetics on the cheeks, it looks like a prosthetic. So, the stomach moves in a different way. When you have that weight and you are physically carrying that weight your entire performance changes because your body language changes your weight, your movement, your walk, your run, everything changes.”

Bob Biswas will premiere on Zee5 on December 3.