Friendships Day: Jennifer Winget Talks About The Strong Bond She Shares With Her Childhood Friends

Friendships Day is near and people all around the world are getting ready with gifts and sweet notes for their lovely friends. During different phases of life, we meet different people. But at every stage, we come across a set of people with whom we start sharing the special bond of friendship. The most special kind of friendship is one that we develop during our childhood phase.
Actress Jennifer Winget also feels the same. In an exclusive chat, the actress talked about her childhood friends, Rubina Sayed and Supriya Karkera, and revealed why their bond still stays strong.

A classic saying reads, ‘You don’t get to choose your family but you can choose your friends.’ Well seems like Jennifer Winget is quite lucky about the choices she’s made in that aspect. According to her, she has been “blessed with the best” and her friends are no less than family, for her. “This Friendship Day, I want to thank my closest and oldest friends who’ve been with me since kindergarten,” she said.

Winget has two childhood besties named Rubina Sayed and Supriya Karkera. Talking about them, the bold and beautiful actress shared, “Fondly called, Ruby and Sue, by me but we were known as the Amar, Akbar, Anthony in our younger days. We’ve stuck with each other since school and I am so proud to see how our bond has only grown stronger all these years and whatever life threw at us. We’ve seen each other through a series of heartbreaks, hangovers, dazed and drunken nights, crazy partying, and some really interesting escapades disguised as vacations. We’ve also had our own share of fights in between,” she shares, adding, “My friends are my lifelines! The three of us have been friends for more than 25 years and that kind of friendship in today’s time is not only rare but priceless! We have respect, trust, and understanding built over the years and each of us has the other’s back. This friendship is for life!”

Giving insights into her friendship with Rubina and Supriya, Jenny revealed that her friend Ruby is quite possessive about her. Also, Ruby is the “most sensitive” among the three, while Sue is the “most practical.” She considers Ruby to be the “heart” of their group and Sue the “armor” in their trio. Further in the interview, Jennifer explained, “They’ve stuck by me through dark days and rough patches and I will forever be grateful for that. They’ve simply been there- time and distance had nothing on us. Sometimes even without having to say too much, they would know it all. I think, the three of balance each other’s strengths and weaknesses. It is just impossible to imagine my life without them.” 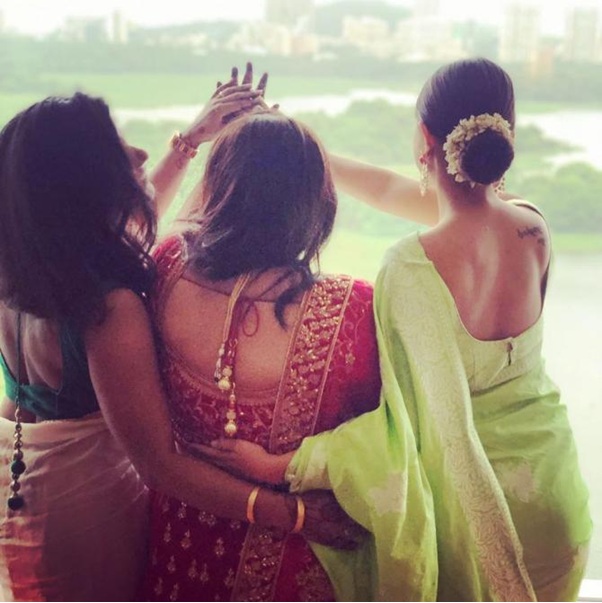 The 36-year-old actress also confesses that they don’t discuss her professional life often but are critical of her work. On being asked how she is as a friend, the Bepannah actress replied, “I can’t say! But if our friendship has lasted this long, I ought to have done some things right and must definitely be good at being a friend. The love and sense of belonging that Ru and Su reciprocate have got to be a testament to that. From friends to family, it can’t get any better than this!”