Pegasus was developed in an Israeli company NSO group and it is meant to be used by the government on a per license basis. The homepage of NSO group’s website says the company creates technology that helps government agencies prevent and investigate terrorism and crime to save thousands of lives around the globe. Pegasus is considered one of the most sophisticated products among all available in the market. This spyware is believed to be around at least since 2016, it was also known as Q Suite and Trident. 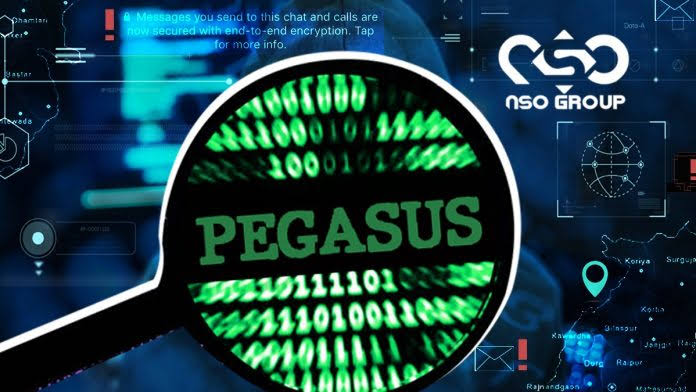 The spyware “Pegasus” is causing controversy in parliament. Several opposition leaders of India said that the spyware was believed to have been used to snoop on at least 300 Indian phone numbers, including over 40 senior journalists, opposition leaders, government officials, and human rights activists. This report published by The Wire said that the ‘leaked data’ includes several top journalists at big media houses like the Hindustan times including executive editor Shishir Gupta, India today, Network 18, The Hindu and Indian express.

Pegasus had made headlines in 2016 when it attempted to hack the mobile phone of a UAE human rights activist Ahmed Mansoor.

In late 2019 WhatsApp revealed that nearly 14,000 of its users in 20 different countries including some Indian journalists and activists had been targeted by Pegasus; the app also alleged that the spyware has exploited its video calling system and specific vulnerability to send malware to the mobile device.

NSO allegedly first created fake WhatsApp accounts which were then used to make video calls. When an unsuspecting user’s phone rang, the attacker transmitted the malicious code and the spinal cord auto-installed in the phone even if the user did not answer the call. Through Pegasus, the attacker then took over the phone system and can access the user’s  Whatsapp messages, regular voice calls, password contacts list, calendar events, phone microphone, and even the camera.

The NSO Group has categorically denied all allegations of wrongdoing and said that its old Pegasus belongs only to “vetted and legitimate government agencies”.

This is the response of the center to the media houses investigating the matter ….”The allegations regarding government surveillance on specific people have no concrete basis on truth associated with whatsoever”. The Centre has dismissed the report of illegal use of the software.