Ira Khan Shares Inside Pics From Engagement With Nupur Shikhare; Shows Off Their Rings In Video!

Ira Khan shared more inside pictures from her engagement ceremony with her fiancee Nupur Shikhare. She shared a new video featuring her and Nupur as they flaunt their engagement rings. She is the daughter of actor Aamir Khan. Her mother is Aamir Khan’s first wife Reena Dutta.

Ira shared a video in which she is seen in a white tee. Nupur wore a blue jacket. In the clip, she said, “Morning after guys, makeup still not off.” She went on to lock hands with Nupur. She screamed, “Guys see… yay.” They showed off their diamond rings together. She captioned the video, “My favourite place in the world is next to you.” They were looking beautiful. 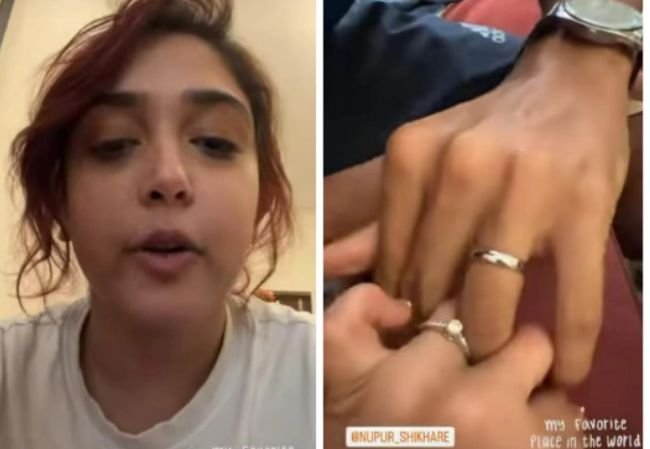 Ira shared pictures of the engagement ceremony held on Friday. It featured Ira in a strapless red gown. On the other hand, Nupur wore a blue suit. They stood opposite each other with open ring boxes in their hands. A worn brick wall appeared in the background with floral decorations adding to the old-school feel. This was followed by more pictures of them posing with different friends at the same location. 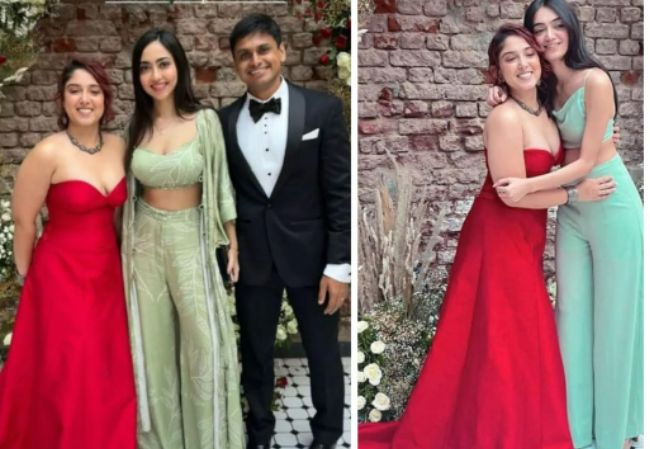 They have been in a relationship for several years. An engagement party was held in Mumbai on Friday in the presence of their close family members and friends. Among Ira’s family, Aamir Khan and Reena Dutta, Aamir’s second ex-wife Kiran Rao with their son Azad Rao Khan, Aamir’s nephew Imran Khan with mother Nikhat Khan and daughter Imara, cousin Mansoor Khan, and mother Zeenat Hussain attended the party.