Since rumours of their affair surfaced, Naga Chaitanya and Sobhita Dhulipala have been making headlines. The actor recently reacted to Sobhita’s photo, which caught everyone’s attention. 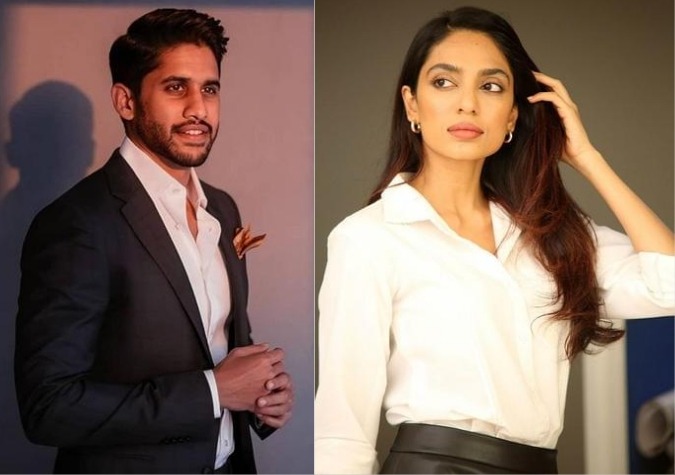 Dating rumours about Naga Chaitanya and Sobhita Dhulipala have been circulating for quite some time. The couple has made headlines following Naga’s highly publicised divorce from his ex-wife, Samantha Ruth Prabhu. While both actors have remained tight-lipped about their relationship, rumours are spreading as the  actor reacts to the rumoured girlfriend’s photo.

Although the couple hasn’t said much about their relationship, their actions have added fuel to the fire. Now, as Sobhitha prepares for the big release of her upcoming film Ponniyin Selvan, Naga Chaitanya is clearly showering her with love and support. Not directly, perhaps, but certainly indirectly, as evidenced by her Instagram posts. 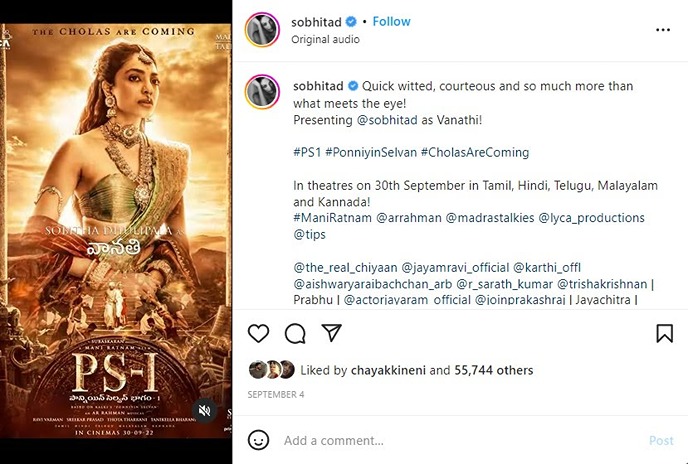 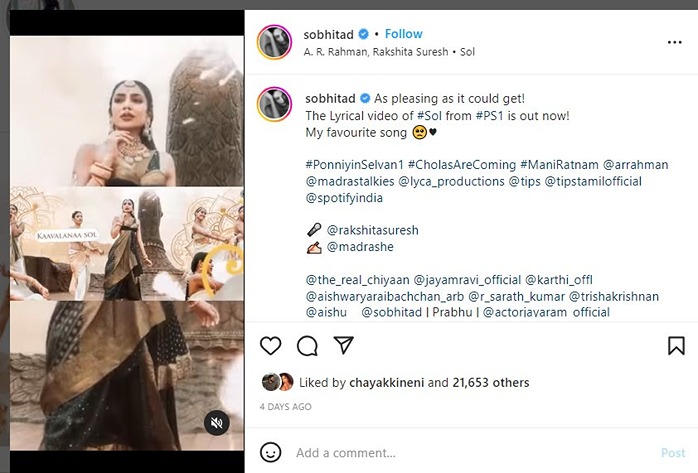 Naga Chaitanya couldn’t help but blush when Sobhita’s name was mentioned during an interview for his Bollywood debut film Laal Singh Chaddha. His response to describing his relationship with the actress was, “I’m just going to smile”. The adorable expressions on Naga Chaitanya’s face were almost a confirmation that he is dating Sobhita.

Meanwhile, it remains to be seen when and how these two will reveal their ‘secret’ relationship, but their hints every now and then are certainly capturing everyone’s attention.

On other hand, Sobitha Dhulipala, who was last seen in Major with Adivi Sesh, is now waiting for Ponniyin Selvam to be released. She is also in the process of shooting Sitara in Hindi and Monkey Man in English.