Ranveer Singh Shared Pictures With Player Tacko Fall; Asked, “How Do I Basket In Front Of Such A Tall Stature?

Ranveer Singh, the brand ambassador of the NBA (The National Basketball Association) in India, recently became a part of the ‘NBA All-Star Celebrity Game’ in the city of Cleveland, USA. The actor shared several pictures of the game on social media and spoke about his experience. World-class musicians and basketball players took part in this game held at the Wolstein Center. Including comedians Tiffany Haddish, Machine Gun Kelly, Jack Harlow, Elhadji Tacko Fall, and other celebrities. On Saturday, Ranveer Singh showed his mettle on the basketball court with these players. 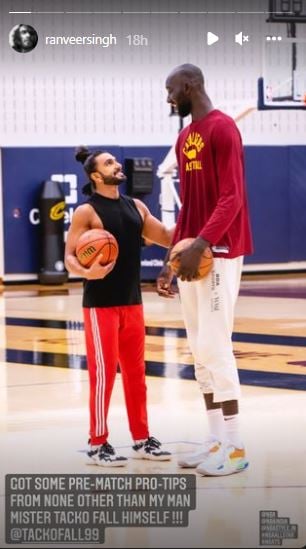 Ranveer has shared some pictures of the practice session on his Instagram account. Several photos of him and the player can be seen in the actor’s Insta story, out of which he was seen interacting with Taco Fall in one of the pictures. Sharing the photo, Ranveer Singh wrote, “Get some tips before the match, not from anyone else but my friend Mr. Tacko Fall.” 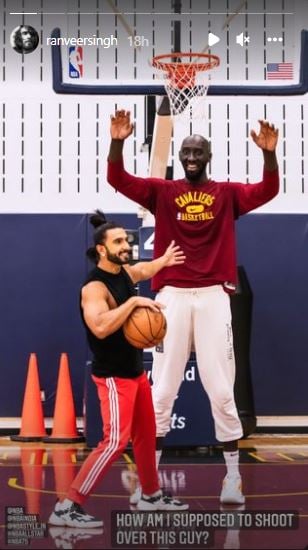 In another picture, Ranveer was seen scoring a goal against the more than seven feet long taco falls. While alluding to the height of Tacko Fall, Ranveer wrote, “How do I basket in front of such a tall guy?” 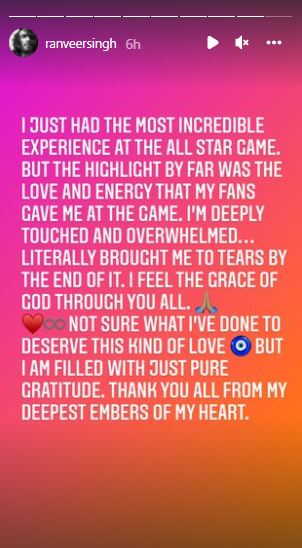 Apart from this, Ranveer also shared a note and wrote, “My experience in the All-Star Game has been the most incredible. But the main attraction so far is the love and energy that my fans have showered me in the game. I am overwhelmed.” Literally, at the end of it, I got emotional. I feel the grace of God through all of you. I don’t know what I have done to deserve such love, but I am filled with gratitude. Wholeheartedly sincerely thank you all.” Let us tell you that the National Basketball Association of America had appointed Ranveer Singh as the brand ambassador of the NBA in India in September last year. Ranveer will help the NBA to help grow the league in India.