Indian badminton made history by upsetting 14-time champions Indonesia in the Thomas Cup. This is India’s first-ever triumph at the renowned tournament.

The entire country is appreciating the team’s efforts and congratulating them on their victory. Meanwhile, Bollywood actress Taapsee Pannu, who has a large social media following, praised the team’s doubles coach, Mathias Boe, who is also her boyfriend. Mathias is a retired badminton player from Denmark. 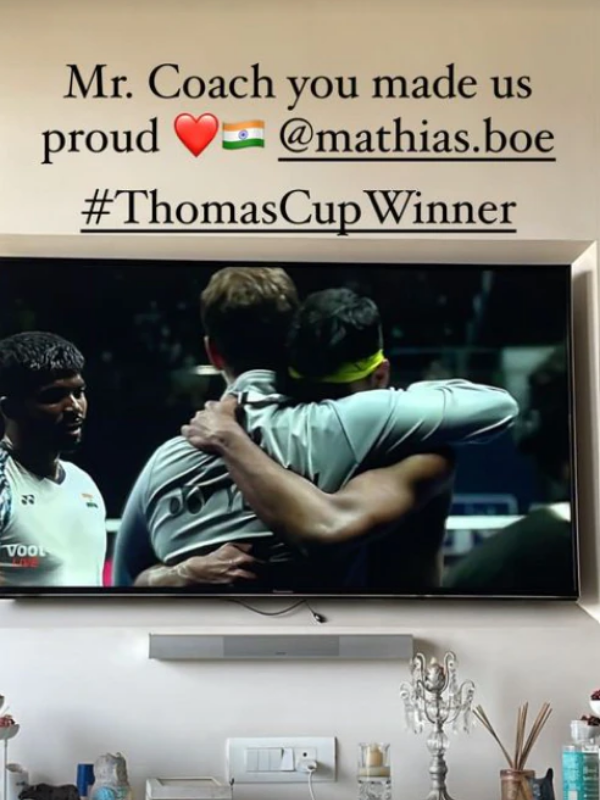 Throughout the competition, Taapsee has been a strong supporter of India. She was often posting updates on social media regarding the contests. She took to Instagram stories to congratulate India for winning the first two matches of the best-of-five tie before uploading an appreciation message for Mathias. 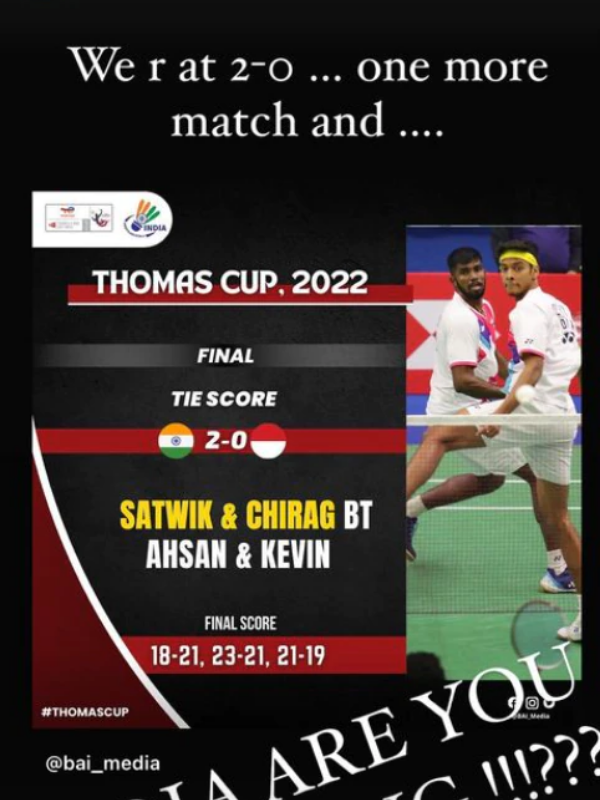 After the momentous triumph, the Pink actress headed to Instagram’s stories section to post a photo. While sharing the post, she wrote, “Mr. Coach, you made us proud. @mathias.boe #ThomasCupWinner.” Taapsee is dating Mathias for a few years now. 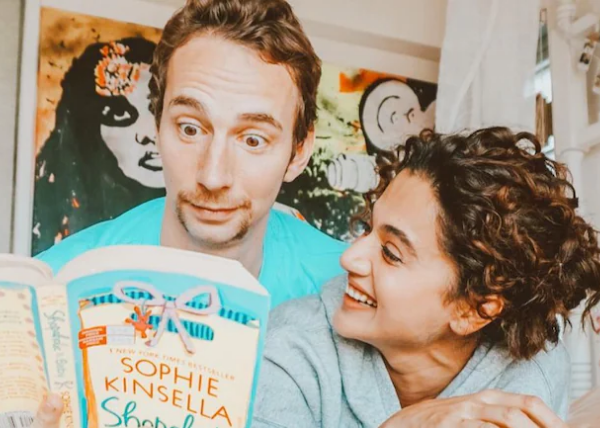 Taapsee has a number of exciting initiatives planned up for the future. Shabaash Mithu, a biopic on Mithali Raj, will be released on July 15 this year. She also has Dunki with Shah Rukh Khan. The film, directed by Rajkumar Hirani, began filming in April 2022. The film will be released on December 22, 2023, and will be produced by Gauri Khan. Apart than that, Taapsee has Dobaaraa by Anurag Kashyap.

The film will be released on August 19th of this year. After Manmarziyaan and Saand Ki Aankh, Dobaaraa is her third collaboration with filmmaker Anurag Kashyap. The film is described as a new age thriller.

Taapsee had previously expressed her delight about working with Anurag Kashyap and shared photos from the sets. She captioned the post as, “My #DobaaraaSeries Coz some collaborations deserve to be repeated.. Ready to create more memories because we were running out of Manmarziyaan stories to tell.. @anuragkashyap10 let’s do this #Dobaaraa”.