Kareena Kapoor is quite confident about herself, be it in acting or walking the ramps. The bold actress carries herself differently. Undoubtedly, her aura is unmatched. Even during pregnancy, Kareena had made headlines when she walked the ramp with a baby bump for designer Sabyasachi. After delivering Taimur, Kareena put on some weight but she did not shy away from returning to the ramp for Anita Dogre.

Recently, the actress walked the ramp in a beautiful white shimmery mermaid-style gown by designer Gaurav Gupta for his grand finale show at the Lakme Fashion Week. The strapless neckline of the gown was set with dramatic ruffles, which made Kareena look royal. Kareen’s gown was based on the theme of #DefineToRefine. The Heroine actress oozed glamor with her walk But seems like Kareena’s return to the runway after the birth of her second son, Jeh did not go down well with some social media users. 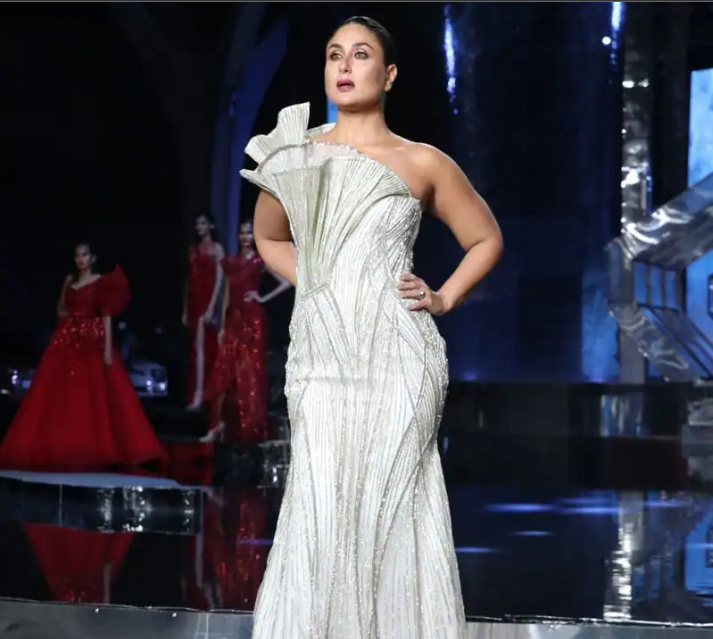 A celebrity pap posted the video of Kareena walking the ramp as a showstopper. Soon after, the trollers landed on the post and started abusing the actress with their mean comments.

On Instagram, netizens have put up some nasty remarks on the videos and pictures, calling her aged, buffalo, healthy, and more. 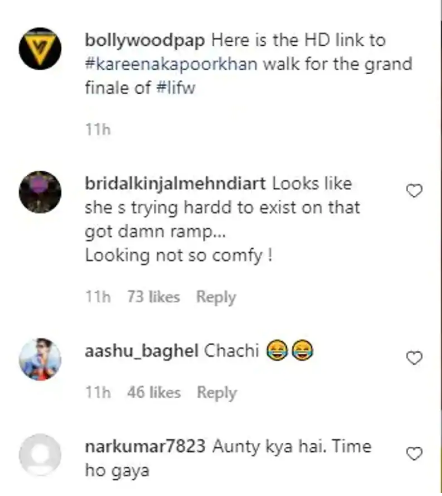 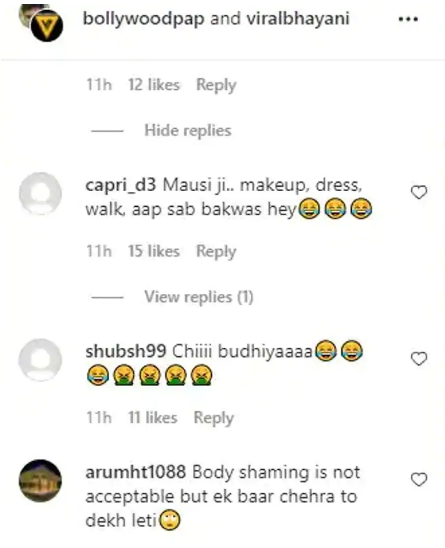 A comment read, “chachi shakal to square ho Chula h.” The second read, “Oh god so gaudy and so overdone.. old so accept it gracefully.” 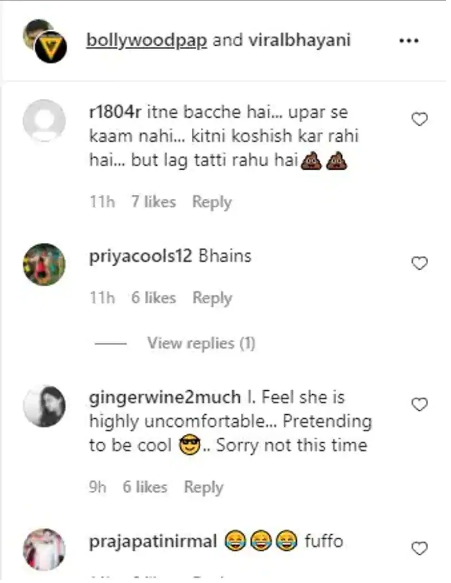 Coming back to LFW, Kareena talked about her experience walking on the ramp after a long time. She said that if she was told to go by her choice, she would have walked the ramp in her trademark kaftans. Kareena stated, “This is just seven months after the birth of my second baby and I feel amazing to walk the ramp today. 2015 I walked for Gaurav, and that was much before Taimur and Jeh; now, after two babies, I have walked for him again. Hopefully, not for the third time around.”

Kareena also talked about how she looks at fashion. Talking to Vogue ahead of the show, Kareena said, “My fashion choices have always been about comfort — casual looks that can also make a big statement. And the recent past has only magnified the need for easy looks. I won’t wear anything just because it’s a trend. For example, I have been wearing biker shorts lately, not because they are trendy but because it’s so hot in Bombay right now!”